Despite common misconception, the concept of a metaverse isn’t a new one. First introduced in 1992, sci-fi writer Neal Stephenson coined the term 'metaverse' to describe a 3D virtual space. This idea was then realised for the first time in 2003 through an online multimedia platform called “Second life”.

Since then, there have been numerous examples of gaming platforms exploring the potential applications of this concept. For example, in 2020 the immensely popular video game Fortnite conducted a virtual Travis Scott concert within the game, and 12.3 million people worldwide tuned in. A more general example is any game within the MMORPG (Massively Multiplayer On-line role-playing game) genre such as World of Warcraft, where thousands of players can inhabit the same virtual space, with players logging in and out continually, and able to interact in various ways.

The Covid 19 pandemic has been a large extrinsic motivator for the growth of this industry, accelerating and driving the convergence of physical and digital. Companies invested heavily within collaboration and messaging technologies such as Teams, Zoom and Skype, and have now created a digital hiring, onboarding, and remote working world.

Meta, the rebrand of Facebook, and Microsoft, are leading the path for the metaverse alongside other large names in the tech industry which are all racing towards securing their name and real estate in the 3D VR world that will soon become a reality.

The evolution of emerging technology and digital transformations will see a huge transition for the main 3 pillars of human activity: Work, Education and Entertainment.

Over the years, Retail as an industry has taken a huge, and successful move onto online platforms, saving money for physical resources, allowing mediation of our activities remotely, and putting products in the hands of consumers worldwide. The metaverse could be the next evolution of this journey, allowing consumers to get that physical feel whilst they shop online from the comfort of their own homes.

Many companies are already looking at being a part of this virtual world and benefiting from a dedicated virtual space in which they can conduct interviews, doctors’ appointments and try on clothes without moving a muscle.

On a larger scale, geopolitics will see an impact, which could be both a help and hinderance to have present governing bodies for smaller counties but to also create communities transcending borders in reality. 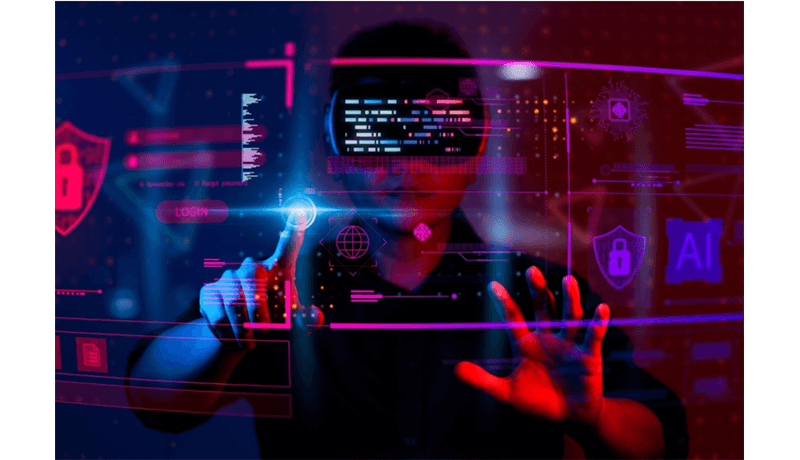 Understanding how the Metaverse will be accessed

To first give a broad understanding of how the metaverse will be accessible, you first need to understand the different tech behind it. Extended Reality (XR) covers both Virtual Reality (VR) and Augmented Reality (AR) where VR enables you to fully immerse yourself in a 3D platform with the use of a headset whilst AR will overlay images onto the real world.

Whilst the metaverse doesn’t have to exclusively exist in XR, it’s the version of it that does that’s getting the most attention. This is because more immersive, experiential environments are central to the whole concept – something that XR interfaces lend themselves to very well.

Meta is focusing heavily on the VR aspects through its well renowned and recently bought hardware brand Oculus. 3D environments, avatars, and gamification – three fundamental aspects of the concept – all fit well with VR interfaces. And AR, too, with its potential to blur the distinction between virtual and real worlds, is another idea that meshes well with the metaverse concept.

2022 should see the release of Meta’s Horizon platform as an expanded VR world, this will be the first step into giving people a sensation of what the metaverse could become, and VR will be the window through which they experience it.

How will it ‘feel real’?

As a running trend for technology becoming smaller and more powerful, over the next few years we will also see this for VR which is a huge benefit for lighter headsets.

First seen in CES 2022 was the rebrand of the chunky VR sets to sleek and easily wearable AR devices which will be made available to buy over this coming year. HTC also made a device called the flow which is a slimmer stand-alone model making this device easier to use which focuses on entertainment and mental health.

AR devices will get lighter, too – California start-up Mojo-Vision has already demonstrated the potential for AR contact lenses that project information directly onto the retina.

Other innovations will attempt to solve the problem of enabling realistic movement within virtual environments (which will always be a problem if your actual environment doesn’t match the size and proportions of your virtual one and isn’t free of hazards that might cause you to trip over!). Proposed solutions to this problem include both boots, as offered by Ekto VR, and treadmills, like the one developed by Virtuix.

Another technology known as haptic feedback will attempt to solve the problem of providing sensations of touch in XR environments. One example is the Teslasuit that provides tactile feedback through electrostimulation. The suit currently costs around $20,000 and, among other uses, is used by NASA for astronaut training, but we can expect to see smaller-scale consumer versions on the market in 2022.

We can also thank the 5G rollout which is picking up pace in 2022 to become a mainstream proposition with speeds 20 times quicker than existing networks for data transmission. In addition to increasing this differential, the benefits also include different types of data and services. This is likely to include the large data volumes needed to run XR, making wireless and cloud-based VR and AR a possibility. Plutosphere, for example, and other start-ups offering similar services, let users stream VR games from cloud servers. This will dramatically lower the barriers to entry for many businesses wanting to deploy XR solutions without making large infrastructure investments.

How will this impact us?

Within education, XR technologies make it easier for students to visualize concepts – from the numbers used in accounting to historical events or even the inner workings of reality exposed through quantum physics – in interesting and engaging ways. Evidence suggests that when we learn through experiencing in this way, rather than simply reading dry facts, we can improve our knowledge retention by 75 to 90%.

Examples in a working environment include VR being used for training and to simulate operations in dangerous situations, such as the FLAIM system used to train firefighters to tackle wildfire and aircraft fires. AR is increasingly being used to provide real-time inputs to trainees during on-the-job learning, such as using computer vision-equipped glasses and headsets to recognize and warn of potential dangers in the work environment.

For businesses, AI will be able to inform target audience creation, creative optimization, and inventory forecasts.

In the agricultural world we have seen a ‘bovine’ matrix for happy cows testing in Turkey, where cows will experience a virtual open field and sunny setting rather than cooped up in a milking parlour which has proved results in higher quantity and quality of milk. Despite the positive results for farmers, the process raises serious questions about ethical farming. Would more milk be worth putting animals in a bovine matrix where they have no perception of the real world (a cooped-up milk farm with tens of other cows)?

Complexities and challenges of a new reality

Regulators will need to be put in place with facial expressions, blood pressure etc. being tracked for digital rights. On top of this if this is a pixelated replica of our universe, will this face balkanization as seen in our world where the internet already operates in different parts of the world.

Even more of a frightening thought is with a Metaverse containing so much private information, what risk is there for digital espionage and how much technical support will the Infrastructure and Security of a platform of this size need?

Control of data will also be the control of market. The opening advantage in the metaverse will go to those with the data to make the new virtual activities relevant to the user. The result is no different from the present online world in which those with the data hoard it to control the market.

Facebook algorithms are programmed to maximize user time on the site to maximize the number of advertisements that can be sold. As the algorithms are programmed to maximize engagement this means the algorithms send to each user news that is in line with their pre-established views, not news that creates a shared foundation. Even worse, is that one of the best ways to hold engagement is to create conflict and outrage, regardless of the veracity of the claim. This brings us around to the development of government-overseen behavioural standards protected consumer, workers, and competition in the industrial revolution—while simultaneously enabling a vibrant and growing economy. Where the digital revolution requires similar government-overseen standards. Facebook is currently discussing behavioural standards for the metaverse, but it is not sufficient. Many people are looking to distract from our current challenges with the shiny new metaverse, however we have yet to resolve the challenges in the current online universe—problems that will simply metastasize into the metaverse if not dealt with. 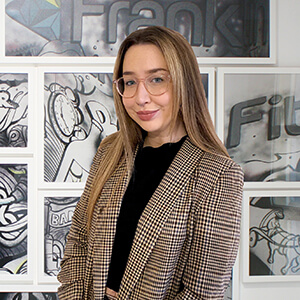