What do Bitcoin, Charlie Bit My Finger, and Beeple’s digital art all have in common? They’re all powered by blockchain – a digital list of records that are linked together using cryptography.

Blockchain-powered tech has risen in popularity, most notably in the form of cryptocurrency. But more recently, the sale of NFTs (non-fungible tokens) online for often millions of dollars has created a new buzz around blockchain. 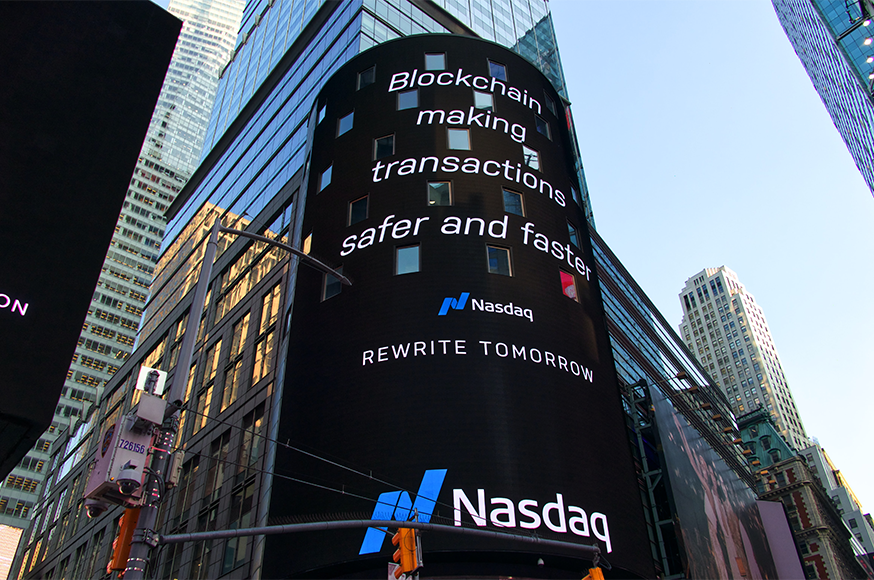 Blockchain was originally created in 1991 with the purpose of timestamping digital documents so that they couldn’t be tampered with. This new tech went mostly unused, until it was adapted by Satoshi Nakamoto in 2009 to create the digital cryptocurrency Bitcoin.

A blockchain is a decentralized ledger that is open to anyone. The complex properties of a blockchain make it near-impossible to tamper with. Each block contains a unique “hash” – like a fingerprint, plus the hash of the previous block. If a single block is tampered with, the hash will change and won’t correctly match the hash of the next block – invalidating the chain. This makes blockchains a very secure way of storing data.

These days, blockchain is essentially a peer-to-peer network that enables trusted trade between individuals without the need for a mediator. Mediators can be anything from banks, online servers such as eBay or Amazon, or physical shops.

This is all well and good, but it sounds a bit hypothetical. Where is blockchain being used in our lives as of now, and where can we expect to see it in the future?

Like any new technology, its potential is still being unlocked. The most commonly known use for blockchain tech as of present is Bitcoin.  Cryptocurrency uses blockchain encryption techniques to control the creation of monetary units and to verify their transfer between users of the peer-to-peer network. This removes the need for banks and even physical money.

In theory, blockchain can be applied to any sort of trade – be it goods or services, energy, or something like voting.

Most recently there has been a surge in the sale of non-fungible tokens, which are powered on the Ethereum blockchain. Non-fungible means something unique and can’t be replaced with something else – like a piece of art, or a song. Bitcoin, or a dollar, is fungible – one bitcoin can be traded for another bitcoin and it’s exactly the same.

The Ethereum blockchain is the cryptocurrency used to support NFTs – it stores extra information that makes them work differently. NFTs can really be anything digital, such as art, music, tweets, memes, videos, etc. A lot of the excitement surrounding NFTs is around digital art. Yes, artist Beeple did sell a piece of digital art at Christie’s Auction House for $70 million… The exact piece of art can be viewed online by anyone – yes anyone. But only one person “owns” it. The authenticity of this ownership is powered by blockchain.

Is paying $70 million for a piece of digital art crazier than buying a tweet from the founder of Twitter for $3 million? I can’t decide…

What makes blockchain so interesting is that its potential is only just being unlocked. Until recently, we wouldn’t have thought that it was possible to “buy” a tweet – but apparently it is. Who knows where this exciting new tech will go next… any ideas?