To celebrate Black History Month, we have been sharing the stories of black tech heroes of the past, present, and future. While it’s important to recognize and celebrate this month, we must remember that American history is black history – which is important to celebrate all year round.

So what is the IT and tech industry doing to support their black employees and promote diversity and inclusion? And what can we do at Franklin Fitch to play our part?

The tech industry is, unfortunately, notorious for lacking diversity. This isn’t new information – 2014 saw several tech giants including Apple, Facebook, and Microsoft release their first diversity reports. The results were as expected – there wasn’t much diversity.

These companies have continued to share their diversity stats year-on-year. While we might have hoped, prayed, and dreamed of progress, the reality is far from that. Facebook has gone from a workforce that was 3% black in 2014 to 3.8% black in 2020 – this simply isn’t good enough.

After publishing these initial figures in 2014, tech companies acknowledged the stark gap and publicly stated their mission to improve it. This mission was reiterated, six years later, after the murder of George Floyd and subsequent Black Lives Matter protests that swept the globe.

Following the protests, Facebook CEO Mark Zuckerberg said that Facebook “needs to do more to support equality and safety for the Black community through our platforms” and pledged to donate $10 million. While this sounds good on the surface, we’ve heard it all before. We need to see these promises showing up in the data before we can say congrats.

Diversity and inclusion targets are built into businesses with progress in mind, but this progress is not held to the same standards as other business targets – such as profit. The lack of consequences for failing to hit these targets makes the promises feel empty and unimportant.

It’s not just about hiring. The tech industry also faces challenges with retention of people of color. Stanford professor Margaret Neale says there is substantially higher turnover of people of color compared to white people in tech companies.

In a study that looked into who is leaving the tech industry and why, the results found that the main reason that minorities were leaving their current role was unfairness, mistreatment, or stereotyping.

So how can the tech industry combat this unfairness? It has to come from a genuine diversity and inclusion strategy that creates real opportunities for progression and mentorship, a respectful work environment, and a truly inclusive culture.

There is countless evidence to prove that diversity has real benefits to business outputs. A much-quoted McKinsey study reveals the following:

Similar evidence was found in research from Harvard Business Review, which explained that diverse teams are better at problem-solving due to diversity of thought – they can create more innovative solutions.

So it’s a no-brainer. Improving diversity and inclusion within the tech industry will benefit everyone.  So what are we doing are Franklin Fitch to advance the cause?

We’re proud to run our Inclusive Infrastructure campaign, where we actively promote diversity and inclusion in our interaction with candidates and clients, as well as the way we run our business. We have four goals: to raise awareness; give people a voice; tackle bias; and build diverse and inclusive work cultures. We are providing a platform for those working within or interested in IT Infrastructure to share their experiences with us and to come up with possible solutions together.

Do you want to get involved with Inclusive Infrastructure by sharing your opinion or experiences? Get in touch for more information. 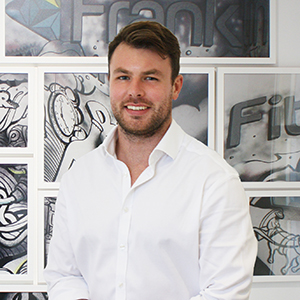