What offers the opportunity to move from induction to promotion in six months and be a top performer within 12 months, all within a dedicated support network? It’s simple, the Franklin Fitch Academy.

While learning and development are very much buzzwords in today’s business world, there are few companies that take it as seriously as we do. At Franklin Fitch we have two academies, one in London and one in Frankfurt, both aimed at providing a dedicated and proven support framework in which the right candidates can quickly excel to the top tiers of IT infrastructure recruitment.

It’s all about upskilling

“We are investing in our people from day one,” says Charlotte Drury, who heads up the academy in London. “Recruitment, particularly in London, can be very hire and fire, but for us it is about giving our people the best framework within which to learn and succeed.”

“Ultimately we see them upskill much quicker and it enables us to expand at a much faster pace.”

Role plays, one-to-one tutoring sessions, classroom teaching, peer coaching and group breakfast meetings are all in a week’s work for Charlotte, who is constantly on hand to support her team of graduates. Whether she’s listening in to a candidate call to help one academy member ‘seal the deal’, or providing guidance to another on how to handle a specific recurring situation, Charlotte’s presence is a great reassurance for the academy members.

The level of support is great

“It’s great to have someone who is solely dedicated to your progress,” says Marima Kauser, who seven months after joining the academy as a graduate has passed her probation and is preparing to move onto one of Franklin Fitch’s specialist recruitment desks. “There’s not many places where you get this level of support.”

For Charlotte, the academy is all about opportunity. After working in 360 recruitment for two years, she was looking for the next challenge and liked the idea that people entering the academy wanted to progress. While the London academy is still in its infancy – the first graduates joined in late summer 2019 and are just coming to the end of their six-month probation period, Franklin Fitch has been doing it very successfully in Frankfurt for three years. “There is a very clear progression between the academy and becoming a fully-fledged consultant,” says Charlotte. “There are plenty of good role models to follow and people to help with ideas and issues along the way.”

No cap on the opportunity to earn

Unlike some trainee schemes where graduates are separated from the rest of the business, the Franklin Fitch Academy members have the opportunity to work alongside, and learn from, other more experienced members of the business. “Even though the academy members are learning, they still have the opportunity to do the whole job,” says Charlotte. “Their opportunity to earn isn’t capped and if they find the right candidate for a high-level position, then the commission is theirs.”

For Sian Llewellyn, internal recruitment lead at Franklin Fitch, the key to the academy’s success is the combination of opportunity, structure and support. “Our graduates need to be motivated, eager to learn and willing to work hard,” she says. “If you combine those attributes with our proven academy model, the potential rewards for the individual participants are significant.”

Anyone interested in joining Franklin Fitch’s Academy or simply wishing to find out more about it should contact Dane Keenan. 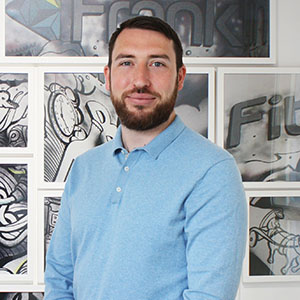