Dominique Lianos “fell into recruitment”. Having studied philosophy at Nottingham University she was about to take an accountancy job when the opportunity arose to interview for a recruiter role at Franklin Fitch.

“I knew very little about recruitment, but immediately fell in love with the atmosphere and the people at Franklin Fitch,” says Dominique, who is now 18 months into her role as a specialist IT infrastructure recruiter.

Likening the role of a tech recruiter to being in sales, but with a product that has a voice and an opinion - (think a talking and thinking bottle of juice!), Dominique admits it is not easy. People can be difficult and a certain level of resilience, competitiveness and a strong work ethic is essential. 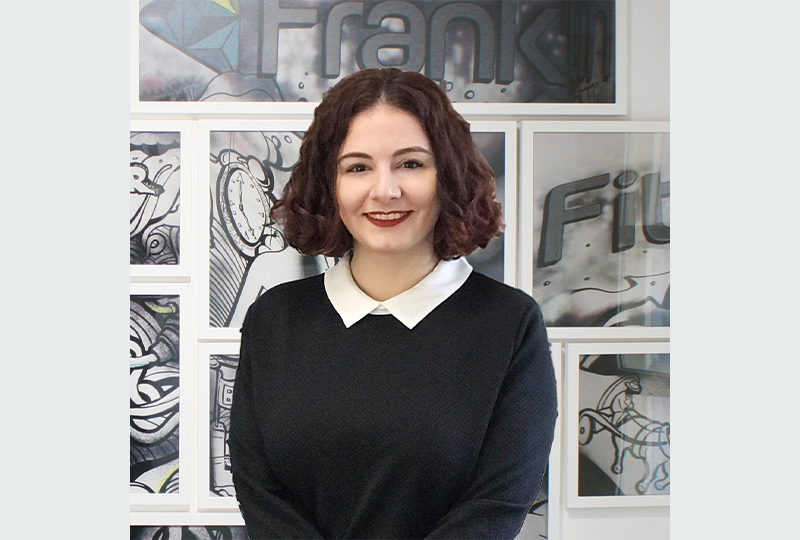 The training and the autonomy

One thing she particularly likes at Franklin Fitch is the extensive training – both in the classroom and on-the-job – given to all recruiters. “You get a lot of personal attention. Your strengths and weaknesses get noticed very quickly and I definitely feel like I’m a person and not a number,” she says, comparing her experience to that of some of her friends on graduate programmes at large corporations.

Dominique’s highlight so far has been the autonomy she was given the day she joined. She likens it to managing her own company and loves the fact she can set her own agenda, but also appreciates working alongside other individuals who are keen to impart advice and share their experiences. She herself also helps mentor newer members of the Franklin Fitch team, now known as the academy, using her personal experiences.

Hard-working, resilient, competitive and able to connect the dots

To succeed in recruitment, Dominique believes you need to be hard-working, resilient, competitive and able to connect the dots. There is also an advantage to being from a sports background as the motivation to win will stand you in good stead.

As a woman there’s no doubt Dominique is in a minority in her industry. The tech industry is notoriously male dominated and often a whole week will pass where she doesn’t speak to a female candidate or client (obviously there are plenty of fellow female Franklin Fitchers). For her though this hasn’t been an issue. She feels she may subconsciously be less likely to challenge a candidate or client than her male counterparts, and that sometimes clients may feel they can get away with more when dealing with her, but in reality, her experiences have generally been positive.

“For those with a lot to give, there’s no doubt that a career in recruitment has a lot to offer,” she says.