Diversity is a continuous challenge in the tech industry. Figures from 2017 show that women make up 19% of tech workers in the UK, while ethnic minorities make up 15%. This is clearly not representative of the UK population, but has led to a growing number of initiatives to promote diversity and address this gap in the UK. To mark Black History Month 2020, we are celebrating a few of the current influential and inspiring black voices within technology.

Not only is Simi Awokya a Cloud Solution Architect at Microsoft, but founder of Witty Careers. Their mission is to equip black women in the tech industry with the skills to succeed in their careers. Witty Careers offers free events, resources, mentoring and practical tech skills workshops, to help black women in tech break out of junior roles and gain recognition for their skills. Awokya was also named as one of Forbes 30 Under 30 this year.

Mark Martin founded UKBlackTech with the aim to make the UK the most ethnically diverse tech hub in the world. Martin is globally recognised for his contribution to this mission – so much so that he was awarded an MBE for services to education, technology and diversity in UK tech. His passion lays in helping schools use technology to improve teaching, while also promoting cultural diversity within UK tech companies.

Charlene Hunter created Coding Black Females in 2017 in order to grow, educate and support black female developers in the UK. Coding Black Females is the biggest platform for black female coders in the UK and also presents opportunities within the industry through their job board. Hunter also hosts Meetup and Code – a community of coders who meet, network and work on projects together. ­

Topping the Powerlist2020, Ahmed founded money-transfer app World Remit after struggling to send money back to his family in Somalia. Ahmen began to develop the idea for a money-transfer app that would be more cost-effective than banks and traditional money transfer systems, launching World Remit in 2010. The app can transfer money globally, quickly, securely, and inexpensively – which has continued to grow in its ten-year lifespan.

This is only a fraction of the influential black voices within the tech industry. We’re sure there are many more to add to the list. Who do you think should be mentioned as well? 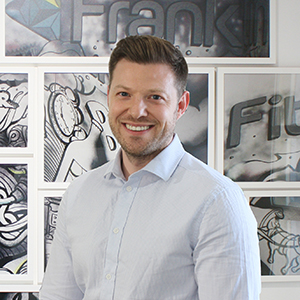